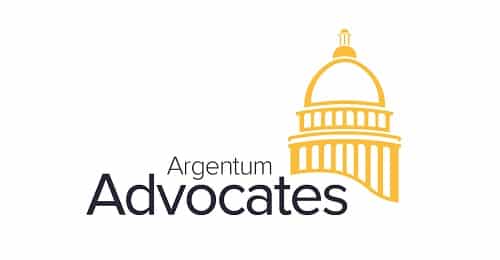 “It’s a solution looking for a problem,” Argentum vice president of government relations Paul Williams says of the Protecting the Right to Organize Act (S. 420/H.R. 842), otherwise known as the PRO Act. In this interview, he outlines how this piece of legislation could affect senior living and other industries, and what Argentum is doing about it.

Q. How are unions doing in the United States today—are they attracting fewer workers? Are they struggling compared with other times?

In 1983, the first year for which comparable union data are available, the union membership rate was 20.1 percent and there were 17.7 million union workers. The highest union penetration occurred in the mid-1950s at 35 percent. Peak membership numbers were in 1979, at 21 million.

To get perspective, it’s good to look at how quickly unions can accomplish elections. The median time between the filing of an election petition with the National Labor Relations Board and voting being held was about 31 days in 2020. The median from 2016 through 2019 was 24 days. This means unions have been able to get elections accomplished impressively quickly.

The question becomes this: Why do you need legislation if your win rate is so high?

Q. What does this mean for health care work in general, and senior living in particular?

A. While public sector union membership is quite high, private sector membership is near historic lows, at just over 7 million. That represents an attractive opportunity; there’s a lot of ground to gain in health care. Unions have had significant experience and success in organizing employees in skilled nursing settings, a work environment comparable to senior living. So unions see the senior living sector as a fertile ground for employee recruitment to organizing activities.

It’s important that I make this clear: Argentum is not anti-union. We believe workers have the right to organize if they choose, and if the matter is decided through an in-person, federally supervised election. The laws on the books cover this right, as well.

We want to make sure employee privacy is protected and that they are not pressured.

Q. What is Argentum seeing emerging from this situation?

A. I think you will see the Act’s supporters’ agenda emerge on two fronts. The one most people are familiar with is legislatively, through Congress, specifically through the PRO Act and related types of legislation.

But there’s another front—the administration front. Here, we’re likely to see proposals come directly from the President, such as the organized labor agenda he advanced prior to the election. We may also see rulemaking and regulatory decisions come, primarily from the National Labor Relations Board and Department of Labor.

This second front is important because even when Congress is gridlocked or otherwise unable to address an issue, regulatory agencies can advance policy decisions—in this case, rules or decisions that are organized-labor friendly or anti-worker choice— that by all right should go through the legislative process. In short, it can function as if regulatory agencies were making laws.

Q. If the PRO Act were to go through Congress, what would that mean for workers and employers?

A. The proposal would destabilize America’s workplaces and impose a long list of dangerous changes to labor law. In fact, the U.S. Chamber of Commerce called it “a litany of almost every failed idea from the past 30 years of labor policy. “

Perhaps most noteworthy, the PRO Act would overturn all the right-to-work laws that have been adopted by a majority of states. Right-to-work laws prevent workers from being fired if they refuse to pay union dues. It’s no secret that organized labor loathes these laws, which come between them and their main source of revenue.

Doing away with right-to-work takes away an important principle of worker freedom, but unfortunately, it’s not the only such provision in the PRO Act.

Foremost among these is undermining secret ballot rights. Currently, unions organize via secret ballot elections. The PRO Act purports to maintain this basic democratic principle, but then takes it away by allowing unions to pursue a “do-over” if they lose.

And rather than have to bother with a second secret ballot election, unions can instead win just by presenting signature cards. Workers’ signatures can be obtained by just about any means, and it’s not too hard to imagine the coercive measures that might come into play.

After a very limited period of negotiating, a three-member panel would be given the authority to impose a contract for two years, which may or may not be economically sustainable. This is a worrisome prospect for employers. But from a worker perspective, this takes away more democratic rights— they get no ratification vote, since the first contract is mandated from above.

Q. What is Argentum doing to address the PRO Act and potential regulations from the National Labor Relations Board?

A. We’ll primarily address our concerns through coalitions—for instance, we’re working with the Coalition for a Democratic Workplace and U.S. Chamber of Commerce.

Working with organizations that have the relationships and clout in labor issues makes us part of a powerful collective voice and helps get our messages to the right people and places.

Q. FOR MEMBERS WHO WANT TO HAVE A SAY IN THIS ISSUE, WHAT IS ARGENTUM PREPARING TO HELP THEM?