Argentum Members: Have you registered for the 2020 Public Policy Institute & Fly-In? Join us March 17-18 in Washington, D.C. to advocate for the industry! Learn more.

Media entrepreneur and expert Jim VandeHei got to know his way around the worlds of media, business, and American politics—and then made those worlds collide. Named to Vanity Fair magazine’s “100 Most Powerful Information Age Thinkers” list for creating “the model for the new media success story,” he is co-founder and CEO of Axios, the influential media company founded in 2016 with “one agenda: help people get smarter, faster.”

In 2006, he co-founded POLITICO, expanding the intensely politically focused (and intensely followed) digital media company from Washington, D.C. to New York and Europe.

In advance of his keynote at the Argentum Public Policy Institute & Fly-In, VandeHei shares his insider knowledge and wide-ranging insights on Capitol Hill, thriving through disruption, and getting your message across clearly in today’s chaotic media environment.

Q: Argentum members will be visiting legislators in March, but it seems difficult to get through or get anything done. What do you think is behind this environment?

A: There are a couple of problems that make governing almost impossible these days. It really does start with the polarization. And the polarization is not just ideological, it’s also empirical.

The biggest change I’ve seen in my 25 years here is that in raw numbers, you just have fewer people in both parties that would even closely resemble a centrist or a moderate, or someone who would want a compromise. You really do get two parties that live in parallel universes. The overlap in viewpoints is harder to find than it was before.

But really, the only time complicated things get done is when you have all-party rule. That’s when you see the burst of legislative activity—but it tends to be a very partisan burst.

Q: What about voters? Are older voters still the strong force?

A: Older voters matter as much if not more now than ever. You look at the demographics of the Republican party, especially people who elect a Republican Congress, and it’s predominantly an older population. If you look at demographics and birth rate patterns, we’re an aging society; we’re not getting younger. If anything, that group of voters matters more today. It matters profoundly in terms of electing Donald Trump; he does well especially with white voters who tend to be older.

I don’t see that that will change. Even when you had President Obama, even with all the hoopla about him exciting younger voters, it really didn’t translate into an uptick in terms of younger Americans getting involved in politics. If that didn’t inspire more participation in voters under 30, I’m not sure what or who would.

Q: You recently wrote about the Business Roundtable and the pressure on companies to do more than just make a profit. Senior living is known as a values-based industry—might that put us ahead of that curve?

A: That’s one of the more positive shifts in the past couple of years. You basically see among younger consumers, certainly younger workers, and undoubtedly people active in social media, putting pressure on companies to really speak about things that they stand up for, either ideas, or what they do for their community, or what they do for certain segments of society.

One of the big things we’re seeing, in terms of recruitment and retention of talent, is that workers under 30 care a lot more about what you stand for as a company or an organization.

I think that applies to almost any company, any sector. Particularly if you end up in a sector of technology, because there’s just a finite number of [applicants] out there. 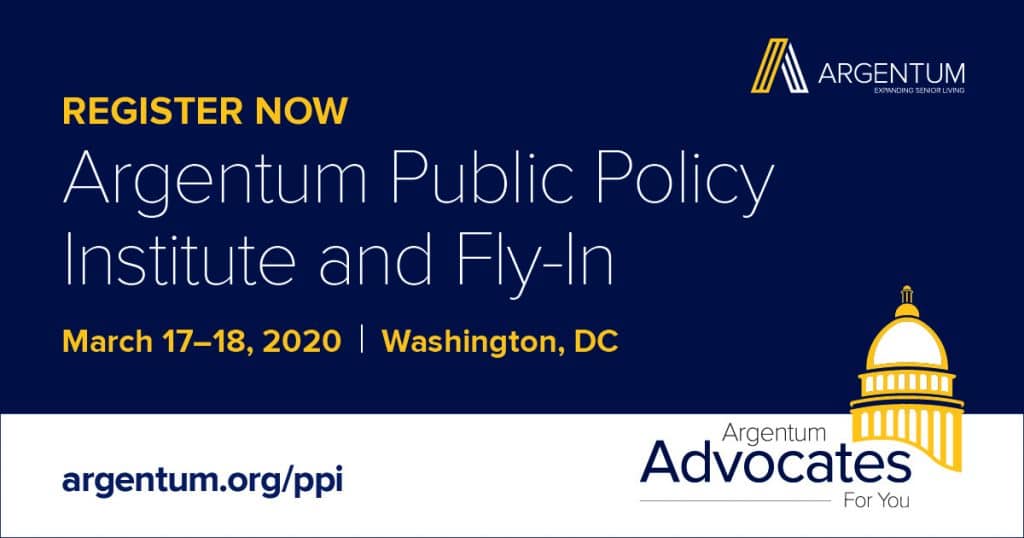 Q: You’re in media, an industry under great disruption, and you created business models that thrived. Senior living is going through disruption, too—do you have any lessons learned?

Because of changing technology, because of changing demographics, we’re just in this cycle now where everything’s going to change, way faster than we’re used to things changing. Disruption is kind of core to that.

One of the things we learned to do is to be much more fixated on a quarterly budget. We still do an annual budget, but you don’t really have the luxury of just doing something once a year and revisiting it a year later. And we see a lot of companies doing that.

Another thing is figuring out how technology can work for you. We tend to have a fear of technology, whereas one of the beauties of technology—and I think this applies to any company—is that there’s a lot more good tools than ever before.

So learn how to use them. Social media, for instance.

There’s a lot that’s wrong with social media. But any company, any CEO, any organization, can communicate with total precision, with pretty low cost, with a click of a button.

Part of being in a disruption cycle is to understand all the tools that are there and try to figure out how to turn these into offensive weapons.

What also needs to change is communication. I think a lot of companies, and certainly older people who are running companies, they’re not used to communicating on a daily basis with their employees. And you really need to.

It’s not just younger employees; I think with any employee, when you’re in a change environment, the way to reduce anxiety is just to overcommunicate: To explain what you’re doing and why you’re doing it. And when you get to the point where you’re annoying the hell out of yourself, you’re beginning to break through to your employees.

Q: In our industry, negative stories about related industries—even when they’re not about senior living per se—can still cause damage. What are good ways to respond?

A: This is hard for most companies: You have to communicate self-confidently, and you have to do it on a daily basis. You can’t worry about these one-off cases or worry about social media backlash.

If you as an organization or you as an industry are communicating fluently and authentically on social media on a regular basis, little by little you can help shape the perception of how people see your industry or your company.

The mistake that most companies make—and I’d say this seems to be true of most Fortune 100 companies—is they don’t do anything until something bad happens, and then they wonder why nobody assumes the best or understands the good that they do.

And almost every CEO I know is not a good communicator. They need to have a communications person sitting there with them.

I’m very sympathetic with people outside of communications right now. It’s not just dealing with one newspaper and an occasional TV story. It is 100 different ecosystems, and your company or your industry can be affected with a flick of a finger, and all of the sudden you’re dealing with stuff from 100 different directions. It’s just a much more complex state than before.

But again it goes to this: You can look at this defensively, which is what most companies do, or you can look at it offensively: OK, here are all these different ecosystems, it’s relatively inexpensive, often free, to communicate on them; how do we maximize our opportunity here?

The free part is that anyone can get on an online platform and communicate. The part that costs money is you need some level of expertise to do it effectively. You need a great communicator, you need someone who understands data, how to interact, and how to measure what’s happening on various platforms.

This interview was excerpted from a longer conversation and contains minor edits for clarity.