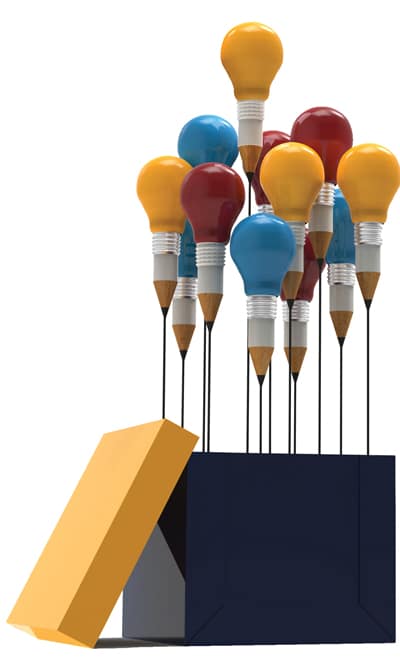 When Randy Richardson started in his position as president of Classic Residence by Hyatt (since rebranded as Vi) in 2000, he wasn’t sure what to expect. He’d worked previously in a range of positions centered around marketing and commercial real estate, and senior living was a completely new field to him. The initial learning curve was steep. Ultimately, however, he began to see how his previous work was applicable. As he saw how he could translate his experiences to his newly adopted field, he found the process both fun and rewarding.

“I was kind of surprised every now and then to find that my previous experience became so valuable in my new role,” Richardson said. “Thinking about it now, it seems so simple and obvious, but on the front end of that experience I didn’t really expect it. There were different issues that would come up where I would find myself saying, ‘I remember facing something like this before.’”

Richardson is among a multitude of senior living executives who came to the field after extensive careers in other industries. Those executives have brought an array of backgrounds to the industry, offering fresh ideas and insight and occasionally integrating practices borrowed from their previous fields into their adopted one. Executives such as Richardson said the leadership lessons they picked up at previous jobs have translated easily to senior living and helped guide them in their work, even as they have acquired new skills, knowledge, and leadership expertise in the senior living realm.

Doug Dollenberg is president of Brightview Senior Living. Before entering the senior living field, he worked at an engineering firm, as a consultant at McKinsey, and as vice president of a telecommunications firm. Dollenberg said he has found with each new post, including his current one, that leadership lessons tend to travel well.

“I’m just a huge believer that core business skills, core leadership skills, and core management skills are transferable across industries,” Dollenberg said. “When you think about stuff about motivating the team and solving problems and building relationships and driving for results and listening, those are things that are independent of industry. And those are leadership traits. I’m definitely not dismissing the value of industry expertise. I think it’s hugely important. But I think there is value in an organization of having folks who are deep experts in the industry with long backgrounds serving in a particular industry or functional area and combining that with people who are coming from different industries.”

Judy Whitcomb, senior vice president of human resources and learning and organizational development at Vi, previously worked for 19 years at United Airlines in financial services, human resources, operations, and business development before a stint in account management at a provider of employee benefits. She said leaning on past experiences is essential for any leader, no matter their background.

You try to apply what you learn and gather all of your experiences—the positive and negative things, including the times that you failed—and use them all because that’s what makes you who you are,” Whitcomb said.

Whitcomb said senior living is a unique industry but also one that overlaps with dozens of other industries in certain aspects of their operations.

“We can learn by stepping outside of our industry and taking a look at practices that other high-performing organizations use that are applicable to us, whether it’s from hospitality or whether it’s a service industry,” Whitcomb said. “There are many fine organizations out there, and there are a lot of great lessons out there for us to learn.”

Whitcomb said a key lesson that has followed her through multiple companies and industries is the ironclad notion that employees will determine an organization’s success.

“Early on I learned that relationships matter,” Whitcomb said. “Your ability to execute is dependent on those you rely on to get the work done and also on those who your work impacts.”

Whitcomb said she learned in previous positions the importance of cultivating relationships throughout an organization and staying in touch with “the field,” spending time out of the office and understanding “the impact of what you do,” she said.

When Scott Goldberg, who is now president and CEO of Atlas Senior Living, served as CEO of a quick-service restaurant chain, he estimates he spent 90 percent of his weekdays between 11 a.m. and 2 p.m. at one of the chain’s restaurants.

“I was there doing little things to help, maybe throwing trash away for customers or talking to them about their experience, but the thing was that my employees saw me there,” Goldberg said. “They knew who I was. And I think there’s a lot of value when the boss knows you, knows your job, knows your children’s names, knows what your hobbies are.”

Goldberg said the visits largely were about the personal side of management. He wasn’t there to provide quality control but to provide support, he said.

I was there just to be there and show some love,” Goldberg said. “I think that’s really translated to our senior housing venture here. Our upper management does a great job of going to the communities to visit with employees and doing it without an agenda.”

Goldberg said he cannot be in the communities every day, but he’s able to maintain “a healthy appreciation for what it takes, and I feel like that’s in the forefront of all of the decisions we make.”

“I saw firsthand how that motivated and inspired people to work harder,” Dollenberg said. “They connected with a top executive in the organization and that was powerful. That’s something I’ve paid close attention to at all of the stops in my career since then.”

Tommy Comer, chief human resource officer at Commonwealth Senior Living, said part of the importance of personal interaction with employees is understanding the context of how their jobs fit into their larger lives. He said it’s a “fantasy” to ask employees to simply leave home at home when they come to work—“that’s not how the world works,” he said. The better that executives can understand their employees the better they can help them personally with support measures while putting them in a better chance to succeed, said Comer, whose background includes time at a big-box retailer and in higher education.

“It’s important to acknowledge that there are major stresses for our employees outside of the four walls of the workplace,” he said.

An emphasis on development

Whitcomb was among several executives who expressed gratitude for the mentoring they received at previous stops in their careers. Whitcomb worked in a variety of departments within United Airlines, but she never sought out the positions. Repeatedly, she had supervisors recommend the moves for her. The result was that she gained comprehensive business experience that gave her more flexibility and opportunity for her career growth.

“Most of my career decisions at United had to do with strong mentors and my desire to be a more effective leader,” Whitcomb said. “I believe knowledge is important. The more I knew about the business the more effective I believed I could be in my role.”

I learned the importance of developing talent and pushing your top performers,” Whitcomb said. “If I didn’t have someone that did that for me over the years, I wouldn’t have gotten the opportunities that I did.”

Whitcomb conducts coaching sessions with front-line employees in a management development program that she helped implement. Every time she visits a community, she strives to spend time there with management development program participants. In some ways, she said, those efforts are about “paying it forward.” She also teaches modules to program participants.

“A lot of the focus for me when I joined the company and where I have continued to focus is around employee development,” Whitcomb said. “Within my first year here, we put in place a management development program. That was based on my philosophy that we need to give front-line employees an opportunity to see a career path. Someone saw something in me early in my career and gave me opportunities to progress, and I really felt like there was an opportunity to give that back.”

Knowing a lot while knowing your limits

As executives move up an organizational ladder, the breadth of their knowledge must expand. However, they typically will never be the experts in certain areas that many of their peers and employees are. For that reason, Dollenberg said, he learned at previous career stops that leadership “is about relying on and trusting the expertise of your team.”

“I’m quick to acknowledge that I’m not the expert or guru on many of these topics, but I believe I can help think through problems and challenges and ask questions that help get to the root cause of a problem,” Dollenberg said. “I want to be a partner in the problem-solving process.”

At McKinsey, Dollenberg learned a structured, analytical, and collaborative approach to problem-solving that has resonated with him. He said that experience infuses his work on a daily basis, saying it is “100 percent transferable across industries.” Dollenberg said a key kernel of wisdom he has gained is that successful leaders listen to their team and unsuccessful leaders don’t.

“I’ve seen that at every step of my career,” Dollenberg said.

As his career progressed, Richardson said he learned the importance of understanding your strengths and weaknesses. In that vein, he said it is important for leaders to not be enamored with their own ideas at the expense of others.

“If we have a problem, I might have a strong idea about how to solve it, but I have found a high value in bringing people to the problem and working through it together,” Richardson said. “Because oftentimes different people can bring different perspectives that you didn’t expect. If you can manage that process appropriately and not worry about who gets credit, then often you can find better ideas through the process.”

Richardson said working collaboratively to help solve problems is an essential part of leadership not only because it leads to satisfactory solutions but because it ensures that executives are not left in the dark on important matters. Richardson said senior living executives must be able to communicate effectively with a broad group of people and to understand the specifics of their concerns and responsibilities—and when they have a problem, help them fix it.

“Colin Powell said when he was general that if people stop bringing you problems, then you have failed as a leader because they either think you don’t care or you don’t have an open door wide enough for them to walk in and feel comfortable to tell you that they’ve got a problem,” Richardson said. “You need to be approachable and helpful to people.”