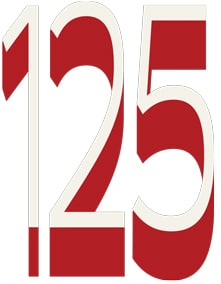 The 2018 list of the largest providers in senior living reveals few changes from 2017. Brookdale, at three times the size of the No. 2 company on the list, continues to hold the top spot. In fact, the same five companies remain in the top five. However, this year’s list captures several players not included in past lists, including Generations, Charter Senior Living, Arrow Senior Living, and others, which enabled the list to grow from 115 providers in 2017 to 125 providers in 2018 for a total of 586,662 senior living units. Among just the top 115, the lists show 4.5 percent growth in the overall number of units from 2017 to 2018.

Based on comments from providers regarding recent and continued plans for growth, the senior living industry seems poised for another period of significant expansion.

Senior Lifestyle Corp. is another one of several companies that grew significantly year over year. The Chicago-based provider has added nearly 3,000 units since 2017, largely by taking advantage of opportunities as they arise, said president and CEO Jon DeLuca. “Growth is about the ability to execute effectively for ourselves and those we manage for. We are fortunate enough to be in a position of looking at opportunities as just that, an opportunity to manage for someone and extend an existing relationship or build a new one. We also have been successful with our development projects across the country and will continue to be on the lookout for those opportunities.”

Among the other companies on the move this year: The Arbor Company grew by 43 percent, jumping several spots on the list to No. 33, Silverado grew by an impressive 61 percent, and Integral Senior Living grew by 59 percent, adding 32 new communities under the brand name Solstice Senior Living.

Discovery Senior Living (No. 15) grew by nearly 1,400 units year to year. “We also see tremendous opportunity in the near, mid, and long term of both our industry and our company,” said Discovery CEO Richard J. Hutchinson. “Specifically, we will continue to evolve both our physical and programmatic services offered, including new product lines and a model that is more personalized to the desires of our customers.”

Watermark Retirement Communities is another company that experienced significant growth—38.5 percent. “We have always been opportunistic and not focused on only specific geographic locations,” said C. Jill Hofer, Watermark’s director of communications. “We currently are located across 21 states. That being said, we are looking at opportunities that fit our existing footprint where we have a strong presence, such as New York, Florida, Arizona, and California. We are seeing a gravitation toward higher barrier-to-entry markets, which often are on the coasts, and are certainly seeing an influx of capital focused on the assisted living and memory care market. While Watermark has a number of communities offering assisted living and memory care, we are typically involved in communities that offer independent living, assisted living, and memory care.”

New Perspective Senior Living, a 21-property provider that also has units spread across independent living, assisted living, and memory care, plans to expand operations to five times its current number of units by 2025, said Ryan Novaczyk, New Perspective president and CEO. “Growth will come from a combination of new construction projects as well as mergers and acquisitions along the way,” he said. “We have two projects set to break ground this fall and two more slated for the spring of 2019. Currently, we are actively negotiating on four acquisitions and would hope to close on two of them at some point in the next six months.”

With U.S. occupancy remaining stable (at 88 percent in Q2, according to the National Investment Center for Seniors Housing and Care), several companies have expanded their operations beyond the United States, capitalizing on anticipated population booms and other factors. Among U.S.-based operators, Sunrise Senior Living has the largest number of non-U.S. properties with 61 residences in Canada and the United Kingdom. Atria has 29 communities in Canada, while Merrill Gardens has four in China, Leisure Care has two in India, and Belmont Village has one in Mexico.

Merrill Gardens entered the market in China after being approached by a friend of Bill Pettit, president of Merrill Gardens’ parent company. Cole Wright, managing director of Merrill Gardens China, was involved in those early discussions. “I was in law school at the time and had studied in Shanghai and spoke Chinese so they asked if I was interested in exploring it,” he said. “We all took a trip around China in October 2010 and decided it was worth pursuing. Our real estate partners seem excited about the future of this industry and are bringing us more projects. We are expanding our management team there and making more real estate investments there.”

Consumer preferences in China have required some flexibility. “Our residents seem to be responding well to our model,” Wright continued. “China still has a strong cultural preference to owning homes and passing them down to the next generation. That has meant that senior housing models that include a for-sale option have historically fared better. However, our pure rental model seems to be gaining traction as the Chinese government has been implementing policies to encourage more home rentals. China’s service sector economy has also continued to grow rapidly and I believe the monthly rental assisted living model is poised to become one of the largest pieces of the senior housing pie in the near future.”

For LaSalle, the focus on memory care boils down to a commitment to serving seniors regardless of their capabilities.

“Our philosophy is that people deserve exceptional care, especially those with dementia,” said Mitchell W. Warren, chairman, CEO, and co-owner of The LaSalle Group/Autumn Leaves. “So we focus first on meeting the need and setting the standard in the communities where we now operate, and expand only where we see an opportunity to successfully bring our pioneering care to more people.”

“We were among the first and remain one of the largest standalone memory care providers,” added LaSalle president John Barbee. “Our ownership is 360 degrees: We develop, build, design, and manage. We’re also family-owned and therefore more nimble. Our care is personalized, research-based, and proven. All of this translates to higher quality and increasingly innovative care for residents.”

Continuing care retirement communities (CCRCs) offer the opposite approach and, at one time, were considered the emerging trend in senior living. Brookdale’s website points to the appeal of this model: “The major benefit of a CCRC is that you or your spouse won’t have to worry about changing communities if your care needs change in the future. You’ll be able to stay in the same location, surrounded by the wonderful people you’ve come to know and love.”

This year’s list finds several companies still operating in the CCRC space, including Brookdale, Five Star, and Erickson Living.  “Our CCRC residents are attracted by the amenities unique to each location and excellent living conditions. They want the high class services as well as the social environment,” said Ryan Wilson, Brookdale senior vice president of sales and chief growth officer.

Staffing remains a major challenge for senior living providers and the type of care offered plays an enormous role in staffing needs. Just consider the size of Silverado’s staff vs. Holiday’s staff. Holiday, which thrives in the independent living space, has 8,745 employees and 31,731 units; Silverado, which offers only memory care, has nearly an equal number of employees (3,394) and units (3,375).

The need to continue to find qualified staff has been a challenge for senior living in recent years.

“Providing recognition is critical. We visit the 11-7 shift when in the field, telling them how much we care about them and understand the shift they cover is tough but appreciated beyond words. If there is a meeting in the field, someone from the corporate and executive team tries to attend and there we share what we expect of the culture and ask for culture stories to be shared.” Those stories are then discussed in corporate office meetings, said Robins, which creates a sense of community for the whole team.

“Our biggest challenge is labor, labor, and labor,” agreed David Grady, president and COO of Somerby Senior Living, new to the largest providers list at No. 55. “In the ever-tightening and increasingly challenging labor market for that precious associate, our culture of ‘calling’ has helped us attract and retain executive directors, managers, and the all-important front-line staff. As the front-line staff goes, so goes your company.”

Gray, who joined Somerby a year and a half ago, noted that staff has grown from 800 to 1,400 in that time period. “I wish I could say that improved technology and/or a unique program has helped us deliver on the promised land of satisfied, engaged, and productive associates; rather, our success in this has been the expressed appreciation and uncompromising standard of living of our ‘live your calling’ culture. I walk the halls—with a special drive to speak with and high five the front-line staff—of each of our campuses once each quarter. My position has given me a unique platform to communicate and instill our culture with our nurses, cooks, housekeepers, caregivers, concierges, drivers—everyone under a Somerby rooftop.”

In addition to staffing, innovation in affordability and anticipating customer needs continue to top providers’ list of challenges. “There are many challenges coming our way,” acknowledged Jim Pusateri, co-COO of Senior Lifestyle. “Down the road, we have a generation that does not have sufficient savings so really perfecting a more moderate model will not only help that group but open up a service model for more that can’t afford us today.”

Pusateri is also concerned about meeting his customers’ expectations. “We need to look at what those who will approach their early to mid-80s expect,” he said. “We all know what it is: Choice, in dining, in programs that go far beyond bingo and bridge, and participation within the community at large. My parents are 80 and I have been in the industry for 27 years, and they have not yet seen what they would settle for. The word ‘settle’ strikes me, as they perceive they will have to do that. The future needs to look like not ‘settling.’ I am not sure any of us have discovered what that looks like yet, but we are going to work at it until we do.”

LaSalle will continue to use research to plan for what comes next. The future, according to Warren, is more of what’s happening now, “but to the power of 10. We’ve only begun to see the leading edge of baby boomers. Coming demand for independent living, assisted living, memory care, and skilled nursing will be enormous. Expectations for more individualized and better-quality care will be higher, too, as Generation X and millennials join the decision-making process. It’s a tremendous opportunity for our industry, but with formidable challenges. How do we integrate with the larger health care delivery system? How do we grow a skilled and committed workforce? How can we provide more and better at reasonable cost and acceptable margin? We’re looking at truly evolving the industry, and it begins today with out-of-the-box thinking.”