Serving and Being Served 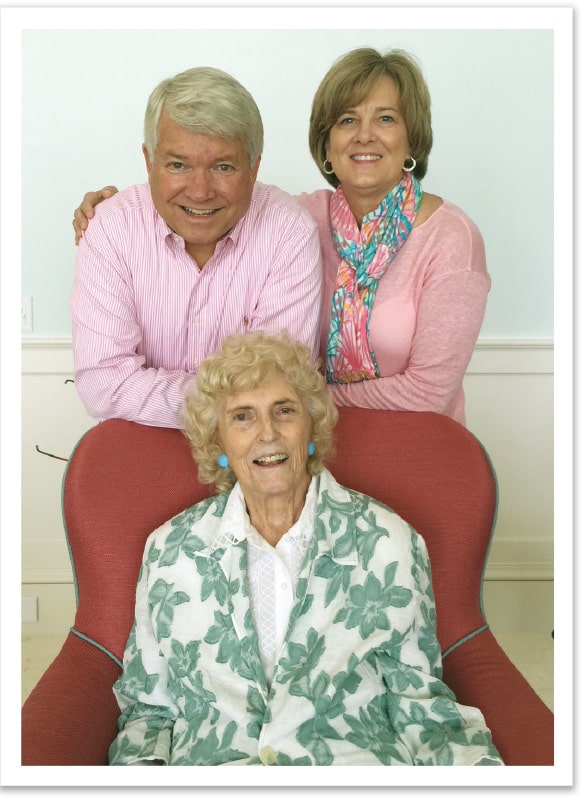 When he began caring for his own mother, HRA’s Tim Smick experienced the other side of senior living.

Few senior living executives have the good fortune to be both a customer and a provider. “It’s an incredible vantage point,” says Tim Smick. “You get to see both sides. You get to see what’s important to you as a family member.”

The founder of Harbor Retirement Associates (HRA), which is celebrating its 15th year in business, served his mother, Terry, at HRA’s Regency Park for independent living and HarborChase of Vero Beach, an HRA assisted living and memory care community. “I was visiting her in Delaware and my dad had passed away,” Smick recalls. “She was living in a townhouse and I could sense she was really cooped up.” Smick asked if she’d consider moving down to Vero Beach, Fla., where HRA is headquartered, and she “jumped on it.”

While Smick has enjoyed a long and successful history in senior living and has a heart for caring for seniors, his perspective was further changed by serving his mom. “I got to see our folks not only caring for her but about her. They didn’t just care about her because she was the CEO’s mom,” he says.

He also got to see how his family compared to other families he has served. “I got to see all the dynamics that come from caring for a parent—even the family dynamic with my siblings,” Smick says. His mom succumbed to Parkinson’s last February, but her time in Vero Beach was filled with joy, and Smick takes great comfort in that. “My mom had lots of friends. She was a magnet,” he says. “It was hard to get on her schedule sometimes. She was very busy here and loved it. She thanked me profusely for giving the invitation.”

“I feel so blessed to be doing what I’m doing,” says Smick, who doesn’t mince words when he says he is “called” to this career. “We are unabashed that there’s a spiritual drive here. I have a sense that I’m where I should be. It’s so meaningful.”

Getting “where he should be” started decades ago. In the 1970s, Smick may have had a hard time predicting his meteoric rise through the senior living ranks. As an English major at Wheaton College near Chicago, a young Smick wasn’t sure what career path he wanted to pursue. He wasn’t interested in the more obvious choices of law, teaching, or journalism, so he went to his counselor for advice. An aptitude test revealed Smick was well-suited to health care administration, a “unique combination of leadership and mission,” he says. An informational interview with the administrator at Rush Memorial Hospital in downtown Chicago was a revelation. “The administrator said if he was starting his career over, he would work in long-term care. He described the demographics as a pig moving through a python,” says Smick. So he decided to give it a shot and took a job as a part-time orderly in a convalescent home. “I almost quit my first day,” he says, “but I kept going. On the third day, I saw something that wasn’t done particularly well. I thought, ‘I can do that better.’”

Senior living, as that Rush Memorial administrator told Smick, was “an industry in its embryonic stages and leadership cream will rise to the top.” It did. Well before he turned 30, Smick was managing a third of ManorCare, a large U.S.-based nursing home provider. And more than a decade later, after launching and selling his own largely nursing home business, PersonaCare, it was Smick who, after sitting down with a young Paul and Terry Klaassen in 1996, helped Sunrise get its ducks in a row before going public. “Within a year, I was opening a new property every 10 to 14 days,” he says.

He found his true calling when his work on a board of directors brought him to Vero Beach, Fla. He founded HRA there in 2002. The company now has 27 communities with many others currently in development or acquisition.

Looking around the corner

All companies have core values and mission statements, Smick acknowledges, but he truly believes HRA has something special. “The real trick,” when it comes to mission statements, “is making it part of the fabric of who you are. You have to get them off the paper and make them live,” he says. “You have to hire people who are already conducive to these values.”

The latter isn’t easy, especially for a growing company. “This time next year, half of our portfolio will be less than four years old. We are opening about one property a month,” he says. “We hire people for heart. I’m looking for people who really want to make a difference in people’s lives. They want to be attentive and want to have respect for the seniors we serve and for each other. I want people looking around the corner—not just what we did yesterday.”

Anticipating future needs is a tough nut to crack. “What we built earlier won’t scratch the itch of the next generation,” he says. “We’re providing more choice,” including multiple dining venues from upscale to bistros. Wellness and preventative care are offered as well. “We’re asking what would be an excellent day for us. We’re trying to be innovative—to make a lifestyle be rich and fertile and move the mind—not just occupy the mind.”

HRA’s mission is “We are called to apply our God-given talents and experience to the creation and refinement of successful senior living communities in which we, ourselves, would envision living.” And that—or some version of it—has been Smick’s vision all along. Today, as he works alongside his daughter Kim at HRA, and enjoys the support of wife Bonnie and his other daughter Amy, who works for Apple, Smick is starting to think about his own preferences. “I’m 66 and thinking where I would want to live. My litmus test has been changing.” That litmus test will keep HRA innovating well into the future.