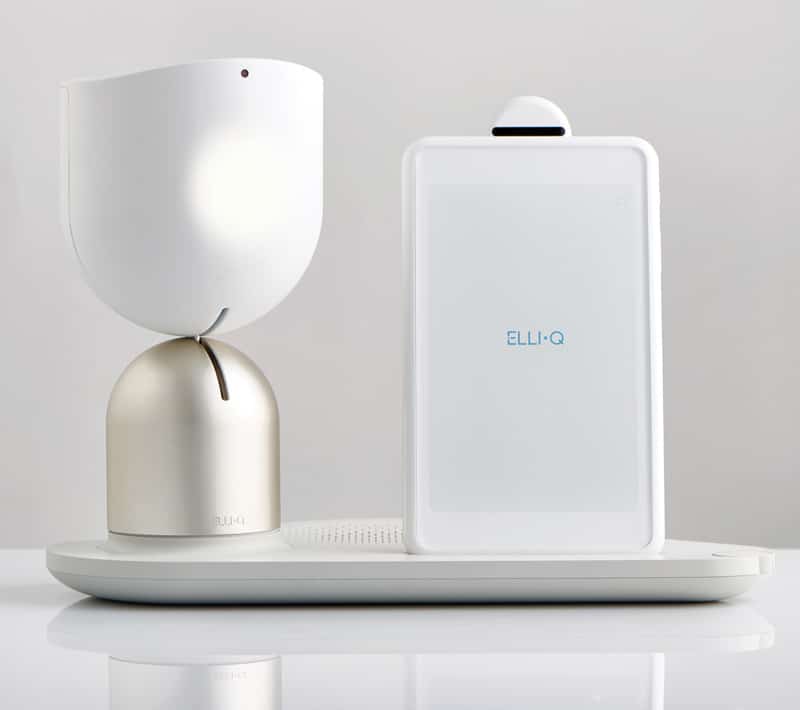 Senior living executives who attended the Aging2.0 alliance’s 2017 OPTIMIZE tech conference in San Francisco, Calif. in November caught a glimpse of the future—and Senior Living Executive can report that it looks more like “Star Trek” than “Bladerunner.”

That means that we’re not likely to have humanoid butlers replacing senior living staff, but rather technologies that are going to be invisible and ambient. They will surround us and help us, but in an unobtrusive and easily accessible way—much like the ship’s voice-activated, faceless, ambient computer in “Star Trek.”

This was one of the main takeaways from the conference, which focused on good design and interaction, and how that design when combined with artificial intelligence (AI), automation, sensors, and other technologies, can help us with the many challenges that face us as we age. Another was how AI can improve the provision of care.

More generally, the ideas and solutions discussed at the conference centered on how emerging technologies and better operations can help the senior living sector address the eight “grand challenges” of aging, as identified by the founders of Aging2.0 through their work with the community. They include: Engagement and purpose; financial wellness; mobility and movement; enhancing daily living and lifestyles; improving the quality and efficiency of caregiving; care coordination; maintaining brain health; and improving the end-of-life experience.

The exercise of creating categories of challenges “essentially gives the answer to the ‘why’ of: Why are we all doing this? Why is there this need for innovation in aging?” explained Stephen Johnston, Aging2.0’s co-founder in an interview.

“There’s mini examples of where it could be done better for quality of life for individuals, inefficiencies and challenges in care operations, managing our aging populations, and the fact that it’s just not working for a lot of people, and for the health care budgets,” he said.

Generally, the entrepreneurs are designing technologies to help seniors more easily stay connected with the wider world, be constantly in touch with their families and caregivers, be intellectually stimulated and entertained, and stay physically capable and mobile, among other things.

“Good design is discreet,” said Yves Béhar, the Swiss designer who is world-renowned for his ability to incorporate emerging technologies with beautiful and whimsical, but practical, designs. The San Francisco-based designer set the tone for the conference with his opening keynote speech on the principles of good design in the age of AI, robots, and smart environments. “Discreet in the sense that it doesn’t take you out of the moment, out of your everyday life,” he told his audience. “This is unfortunately what technology has done to us in the past few years. This is my experience: I come home from work, and I have some automation, so I may dim the lights and put some music on. My children immediately think I’m texting, that I’m on my cell phone or social media. This is a clear issue that we have with technology and social media. It’s taking us away from the people who count the most in our lives.”

That is why he is increasingly trying to design products that avoid that trap. For instance, he worked with the Israeli social robotics firm Intuition Robotics to design ElliQ, a social robot that doesn’t have a face, but instead is an internally-lit cream-colored cone equipped with a camera and microphones. It swivels around and jokes, converses with, and suggests activities for older adults. A tablet for displaying content accompanies the cone. For their part, Intuition Robotics’ co-founders Dor Skuler and Itai Mendelsohn wanted to create a product that could engage millions of socially isolated seniors around the world.

ElliQ can recognize its user, play games, schedule rides, make jokes, announce reminders of various kinds, and suggest activities it learns that its user engages in—such as Skyping with a family member, watching a TED talk, or even a walk. Unlike Alexa, who passively responds to commands, this robot with a female voice initiates engagement with its users. Like its U.S. competitor JIBO, it sits on a counter and is voice-activated. (JIBO started shipping early November 2017. ElliQ will ship sometime in 2018.)

The social robot creators believe that their creations can be more than simple devices that execute commands and entertain. They see them as potential coaches. Both Skuler and JIBO’s creator Cynthia Breazeal of MIT suggested that the robots could become coaches for seniors and encourage positive behaviors that could help them achieve their goals, like staying healthy, for example. Neither Skuler nor Breazeal suggested that the robots should replace human companions. Rather, they can augment seniors’ lives with joyful, fun interaction.

John Sanders, a resident of Front Porch’s Carlsbad By the Sea retirement community, demonstrated how even just having an Alexa-enabled Echo speaker in the home can make life for residents more social. Sanders told the Aging2.0 audience that one of the community’s centenarians has Alexa read her the Bible. Alexa has the capability of starting again where she last left off. The woman, Grace, is so enamored with the capability that she tells everyone she knows about it. The retirement community has also founded an Alexa Club, where seniors get together to discuss its capabilities.

“It’s important that us old folks who don’t want to adopt technology don’t realize that this is technology because we’re so infatuated with what it does,” Sanders said.

AI isn’t just about sci-fi-sounding robots. Entrepreneurs are trying to use it to predict, prevent, and reduce the chances of falls—one of the biggest risks for seniors and a ma-jor issue for senior living providers. George Netscher, a doctoral student in computer vision on leave from the University of California, Berkeley, for example, started a new company called SafelyYou in 2016 that uses computer vision to analyze the risks associated with falls of seniors in memory care. The goal is to help senior living providers update their operations and minimize those risks in light of the information provided by the images. Carlton Senior Living is one of several providers in California that is currently beta testing the system with SafelyYou. SafelyYou has published results showing an 80 percent reduction in the fall rate, which they hope to validate at a larger scale over the next six months.

They’re also using it to better coordinate care. CarePredict, with offices in Florida and Silicon Valley, for example, is trying to use AI and sensors to collect information about the habits of seniors and detect patterns of change that might indicate precursors to a decline in health. The system is currently in use at five locations with 600 residents. Four more companies have signed up for the service this year, said Satish Movva, CarePredict’s founder and chief executive officer.

Other startups at the conference worth a mention: Mentia, a company that has created a tablet-based virtual reality world for those with moderate to severe dementia; Deva, an app featuring a digital world, was specifically designed for a tablet so that someone suffering from dementia could explore and engage with it alongside a caregiver; and Unforgettable.org, a UK startup that has created a shopping portal and community with products and resources for those with dementia and their families and caregivers. The company won Aging2.0’s best global startup business award for 2017.

OPTIMIZE didn’t just focus on technology. One big form of meaningful engagement is work. Former hotelier and Airbnb advisor Chip Conley ended the conference with this provocative idea: Experienced workers over the age of 50 can serve a new role in 21st century companies that are increasingly emulating Silicon Valley ones led by engineers and businesspeople in their twenties. Older workers can serve as both interns and mentors—roles he played at Airbnb. This idea is the seed of a new retreat he’s creating called the Modern Elder Academy in Baja California. It’s also the basis of a forthcoming book titled “The Making of a Modern Elder.”