Writer Marita Golden didn’t set out to become a champion of Alzheimer’s disease awareness. She was simply researching what would become her 17th published work, the novel “The Wide Circumference of Love.”

But she came across the statistic that African Americans are twice as likely to get Alzheimer’s. “It blew me away,” she would later tell Maria Shriver in an interview. (Latinos in the United States are 1.5 times more likely, she adds.) And she wasn’t alone in her shock: Few from these communities aside from some dedicated researchers seemed aware of the extent of the problem.

Following that thread led her to five years of research, the new novel, and a 2017 article for The Washington Post on this silent epidemic, stigma, and bias. “It was too late,” she writes. “I had become an Alzheimer’s activist.” 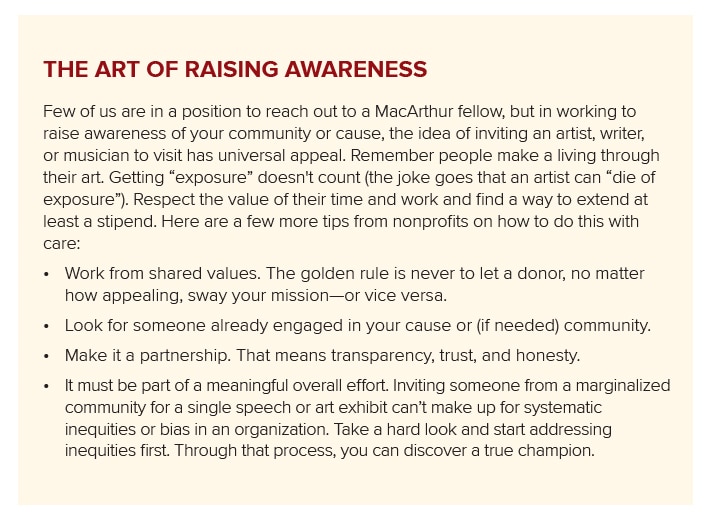 That statement is from the anthology released this autumn that she edited, Us Against Alzheimer’s: Stories of Family, Love, and Faith. The several dozen short stories, personal essays, and short creative nonfiction works come from writers like bestselling MacArthur “genius” award winner Edwidge Danticat, bestselling PEN/Falkner Award winner Julie Otsuka, award-winning investigative reporter and On Pluto author Greg O’Brien…and the list goes on. But also represented are caregivers turned writers, activists, and people living with Alzheimer’s. In addition to reaching out to writers she knows, she put a call out on a Facebook writing group, to ensure new voices could have a chance at inclusion.

The award-winning writers, as well as a jacket blurb from actor and fellow Alzheimer’s activist Seth Rogan, set the anthology apart. But more important are the stories and authors: The multicultural collection represents unjustly unheard perspectives and can help raise awareness of those frightening numbers. “Alzheimer’s is a disease with global impact,” she writes in her introduction.

She began supporting UsAgainstAlzheimer, from which the anthology takes its name, when she began attending its summits for research and found the group was aware of and supported addressing health disparities. All royalties from the anthology go to support the organization, and UsAgainstAlzheimer’s founder George Vradenburg wrote an introduction.

Golden has arranged the pieces in a way that traces the journey through Alzheimer’s, from the gradual changes and many questions to the realization of what remains.

But despite the experiences of health disparities and bias, the overall message of the anthology and of her novel is one of love and gratitude. As she writes:

“There is the turning to face the big picture that is embedded in visits to the doctor, medications, exhaustion, tried patience, blank stares, and the gradual inching away of memory. Where else would the big picture be if not seeded in the soil of the mundane? There is the turning to face the emotional truth that meaning springs from the ordinary. We take, and hold in our bodies and our hands, responsibility for another and for ourselves. We love the broken body and mind because we see in it the outline of our own fragility.”

For more information and to download a free chapter of Us Against Alzheimer’s: Stories of Family, Love, and Faith, visit maritagolden.com.