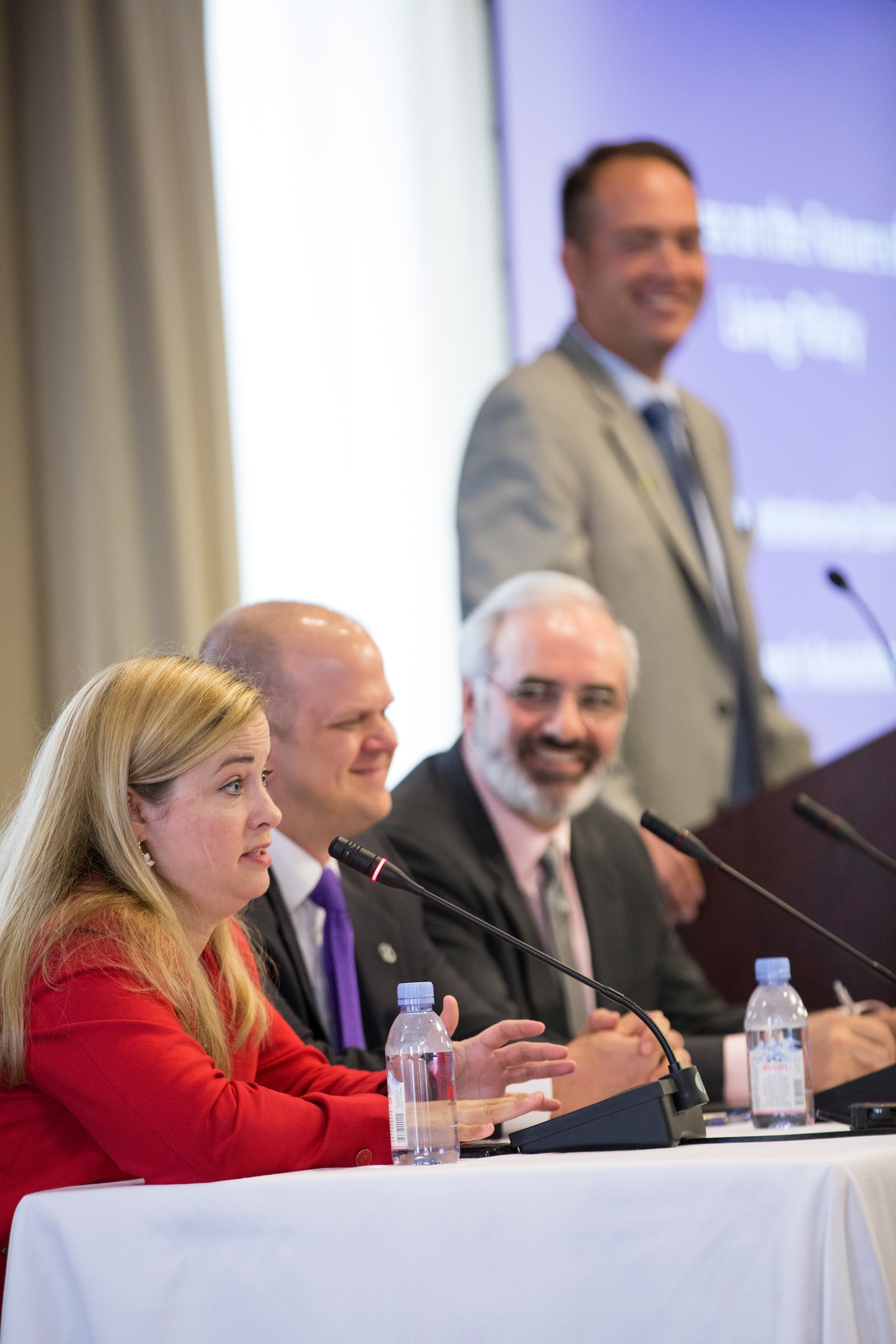 The landscape of long term care policy is changing and senior living leaders would be well served to continue to lean in on the issues to shape the debates and steer the industry’s future, said panelists at Argentum’s Public Policy Institute on Capitol Hill last week.

“You can’t talk about senior living without bumping into the issue of dementia and Alzheimer’s,” said Alzheimer’s Association Chief Public Policy Officer Robert Egge, speaking during panel discussion Perspectives on the Future of Senior Living Policy. “It’s going to be more and more of a burden that we all face together.”

Egge said there are challenges in looking at an “area of slow decline” within a policy framework, adding that dementia is the most costly medical condition in the United States according to a RAND study. However, he said progress is being made and it’s “likely we’ll see the first generation of treatments for dementia,” which will help stem the disease’s progress but not cure it.

These developments are “going to lead to a whole new dialogue with those you serve,” he said, speaking to about 100 senior living national and state leaders.

“These issues strike at the heart of the tensions we feel at the federal policy level,” said Serena Lowe with the Administration on Community Living, part of the Department of Health and Human Services. “The intention of policymakers is to establish a framework that promotes innovation and allows for better individualization of service delivery.”

Lowe said working with organizations such as Argentum has “opened our eyes” in figuring out the need for a better balance in ensuring safe environments for seniors that also optimize integration and person-centered strategies.  Additionally, through dialogue with Argentum’s members, federal policymakers have become acutely aware of the need to allow greater flexibility for front-line direct support workers who are responsible for implementing services to support seniors’ individual desires and needs.

Christopher Laxton, executive director at the Society for Post-Acute and Long-Term Care Medicine, or AMDA, noted that the growth in senior living partly has been driven by growth in how to understand memory care. He said Alzheimer’s is a disease “too big for us,” adding that caregivers of those with dementia experience a high degree of burnout, as well as economic and job loss.

Panel moderator Argentum President & CEO James Balda asked panelists whether they believed senior living could expect to see more regulation as the increasing rates of Alzheimer’s in senior living are likely to raise visibility of the industry as a whole.

Lowe said there’s already been a “huge wave” of policy changes during the current administration, and it took “a lot of effort from stakeholders” to get several rules and regulations out on the street. However, she added: “I think everybody was naive as to the amount of effort, time, resources and energy it would take to truly transform heavily-entrenched, long-standing systems at a state and local level.”

When asked about the next big issues that need to be prioritized at the federal level, Lowe encouraged ongoing dialogue about how to design managed long term services and supports in a way that is constructive. Egge said he has confidence the HOPE for Alzheimer’s Act will be implemented this Congress. Laxton said it’s important that regulators approve code designed for assisted living and not simply apply current code for nursing homes to AL. “If that’s the trend, it’s critically important on getting those dialogues going now, and Argentum has taken the lead on this.”

All panelists agreed that it is critical for the senior living industry to use metrics allowing them to track data. Laxton said without metrics, senior living is at risk of becoming irrelevant in the growing healthcare continuum.

“There is no value in the AL sector not leaning in on this conversation,” said Lowe. “It’s really important to have data-driven information as part of these larger policy discussions.” She added in response to a question from Argentum Board Chairman Loren Shook that it’s “critically important for senior living industry to elevate this dialogue and the data that it has been able to collect over time.”

The panel discussion was followed by a discussion with the Centers for Disease Control’s National Center for Health Statistics, where presenters highlighted data from the latest CDC survey of long-term care providers and services users. (See the September/October issue of Senior Living Executive magazine for highlights of that study.)

Attendees also had lunch with journalist and Place for Mom spokeswoman Joan Lunden and got an exclusive look at the 2016 presidential campaign with Fox News’ James Rosen and election predictions with Jim Ellis of Ellis Insight.

Argentum members spent the following day meeting with federal lawmakers to highlight the valuable work they do for residents every day.

View more photos from the event.