Argentum Advocates for You State Update 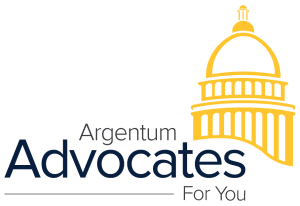 The law enables nurses to practice in person or provide telehealth nursing services to patients located in eNLC states across the country without obtaining additional state licenses. It also allows nurses to quickly cross state borders and provide vital services in the event of a disaster.  Argentum state partner LeadingAge Colorado joined a coalition with numerous health care organizations to ensure timely passage of this legislation.

Assisted Living Rule Revision
Draft regulations have been released and LeadingAge Colorado has reviewed and submitted comments. One provision of concern is a requirement that all new construction starting in 2019 would have to have all secured memory care units on the first floor of the building.

Tort Reform Measures
Every 20 years the state of Florida forms a Constitutional Revision Commission (CRC) that considers and proposes amendments to Florida’s constitution that will be considered by Florida voters (must receive 60% vote to pass for adoption). A trial attorney appointee to the CRC has proposed an amendment that would significantly reduce hard fought tort reforms measures obtained by nursing homes and assisted living communities in the early 2000s.  Some of the adverse impacts of this proposed amendment would include:

The next step is for the full Commission to vote on the amendment. If approved, it will then go to the ballot for voters to decide in the Fall.

Representatives from Brookdale, Atria Senor Living, Argentum, and Florida Senior Living Association will meet with the Commissioner proposing this change to discuss concerns. The troubling part about this process is that the Governor and the Florida legislature do not weigh-in and do not have the opportunity to address the work product of the Commission. The Commission’s final product goes directly to the voters for consideration.

CCRC Legislation
We are in the final rounds of negotiating the final terms on Chapter 651 legislation (SB 438/HB 783). The constituencies involved include Argentum, LeadingAge, the Office of Insurance Regulation, and the Florida Life Care Resident Association (FLICRA). Argentum is supportive of the newly proposed legislation; the 2018  bill does not include punitive capital reserve requirements and excessive approval right by the OIR specific to capital distributions.

Argentum organized a call with the legal and government relations roundtable and human resources roundtable on Jan. 5 to inform them about the proposed regulation and solicit additional comments and feedback. Argentum has also worked with state partner Argentum New York to submit comments requesting a carve out for assisted living and CCRCs in the proposed regulation; comments were submitted on Jan. 22. The proposed regulation is opposed by numerous long-term care and health care providers in New York state and many are engaged in submitting comments. Argentum is investigating whether a legal challenge to the governor’s rule-making would be possible

Task Force for Vulnerable Adults
Recently, Gov. Dayton announced the creation of a special work group tasked to develop recommendations to improve the care and safety of older vulnerable adults residing in nursing and assisted living communities. The work group consisted primarily of consumer based groups and trial attorney groups, excluding senior living providers. The work group came up with a 58-page report pointing out a variety of recommendations for the state legislature to address.  Argentum state partner LeadingAge Minnesota is working with the state legislature and the work group to organize special meetings to discuss the report and the recommendations.

Overtime Pay Rule Proposal
Gov. Wolf’s proposed rule would increase the threshold that requires employers to pay overtime to most salaried workers from the current $23,660 annually to $47,892 in January 2022 following an incremental three-year phase in. The Department of Labor & Industry anticipates releasing the proposal to update the regulations for public comments in March.

The regulation would only require approval from the Independent Regulatory Review Commission, a five-member board that reviews all proposed state regulations. Three of the board’s five members were appointed by Democrats.

Argentum and state partner Pennsylvania Assisted Living Association (PALA) are monitoring this proposal and will look for the update when its released in March. PALA is also reaching out to the business community at large to coordinate advocacy efforts

Study Commission for Independent Living
Legislation has been introduced to form a study commission to determine if independent living should be licensed. The bill has passed the House and has been referred to the Senate where it now is being reviewed by the Committee on Rules. Argentum has successfully defeated similar legislation in other states and is working with state partner Virginia Assisted Living Association on this issue.

Assisted Living Quality Metrics
HB 2750, concerning quality in assisted living facilities, was introduced in early January and has now passed the House and has been sent to the Senate. The legislation was drafted by the Long Term Care Ombudsman and has since been amended containing proposals that can impact assisted living providers in Washington. The bill proposes to establish an eight member work group to study a quality metric system for assisted living communities and increases the state civil fines from the current standard of $100 per day per violation to a maximum of $3,000 a day. The fine increase is expected to be rolled out incrementally. The Washington State Department on Social and Healthcare Services will develop a scope and severity grid through the rule-making process. Argentum is closely monitoring this bill along with state partner Washington Health Care Association.