2020 Best of the Best Awards: The Stories Behind the Honorees

The Argentum Best of the Best Awards recognize innovative programs, products, and services that solve a challenge, advance excellence, and improve the future of senior living. 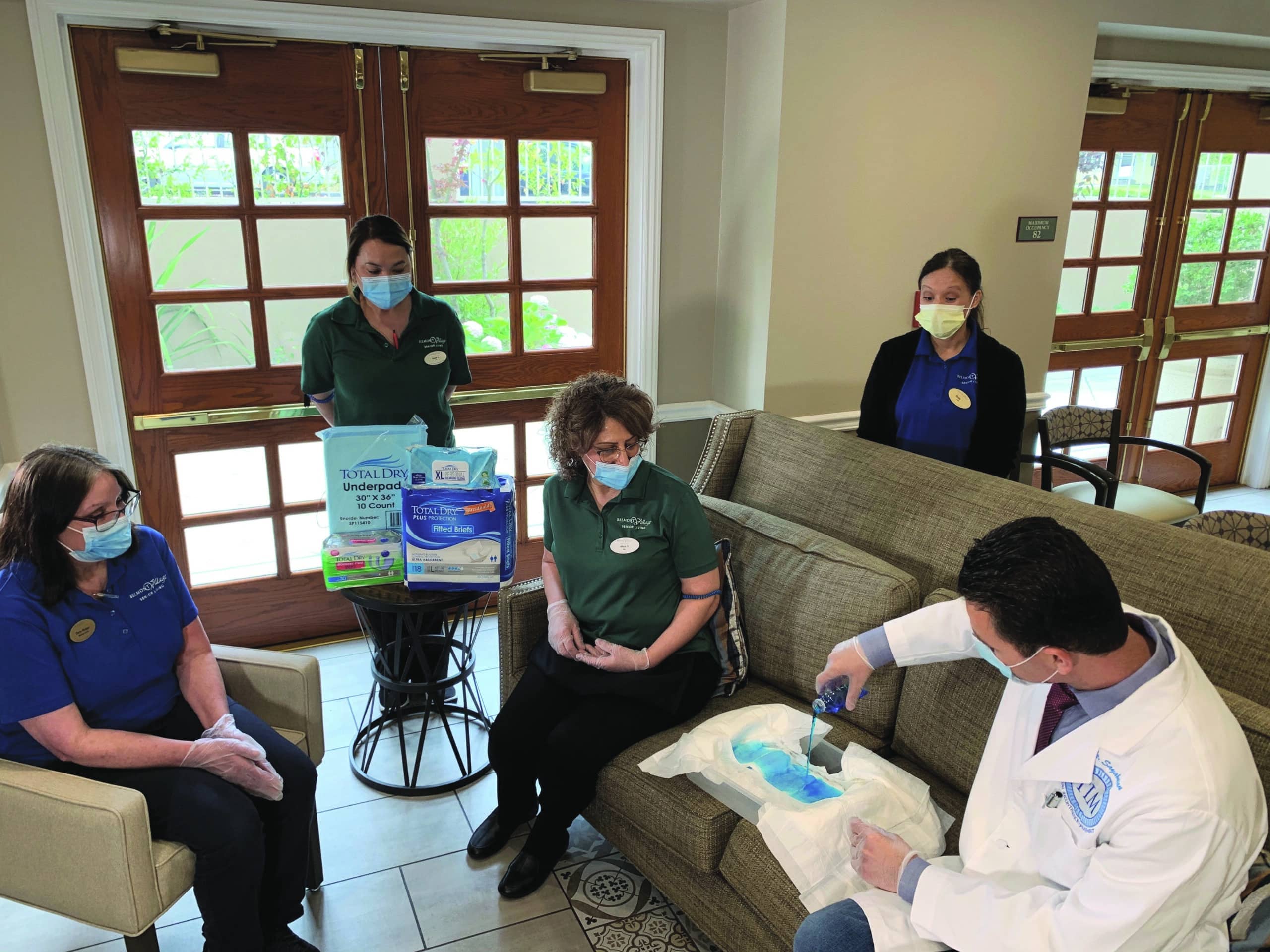 The description of this program puts it bluntly: Incontinence is a widespread condition that ranges in severity and affects up to 49 percent of residents. But it has a common denominator: Nobody wants to talk about it.

One resident suffered from a UTI every month. She hasn’t had one for nine months since we implemented the TIM program.”

Belmont Village took a research-based, comprehensive approach to improving life for residents and their families. In collaboration with Secure Personal Care Products, it developed the TIM program: Total Incontinence Management. The consistent, systematic approach can be followed to good results by licensed and non-licensed caregivers. It centers on resident experience and takes in the whole of their health and environment.

It starts with education

The program is based on four pillars: Education, Protocols, Product, and Outcomes. All staff learn the facts and findings about causes, management, skin and bladder health, and product selection. Protocols refers to assessing, finding root causes, and slowing the rate of progression of incontinence—and included development of a simple assessment algorithm.

Getting the right product for each individual is the aim of the third pillar. Belmont Village collaborates with the Secure manufacturers to communicate what residents really need and how products can better serve them and their caregivers.

“One resident suffered from a UTI every month,” said one executive director. “She hasn’t had one for nine months since we implemented the TIM program.”

Families also praised the program because it allowed them to plan and purchase the right amount and the right kinds of products, so they don’t overspend or run out. Families can also speak to an expert on demand when developing or changing a care plan.

The collaboration is continually working to improve the program and is working on products such as a video training library and continence training certification. 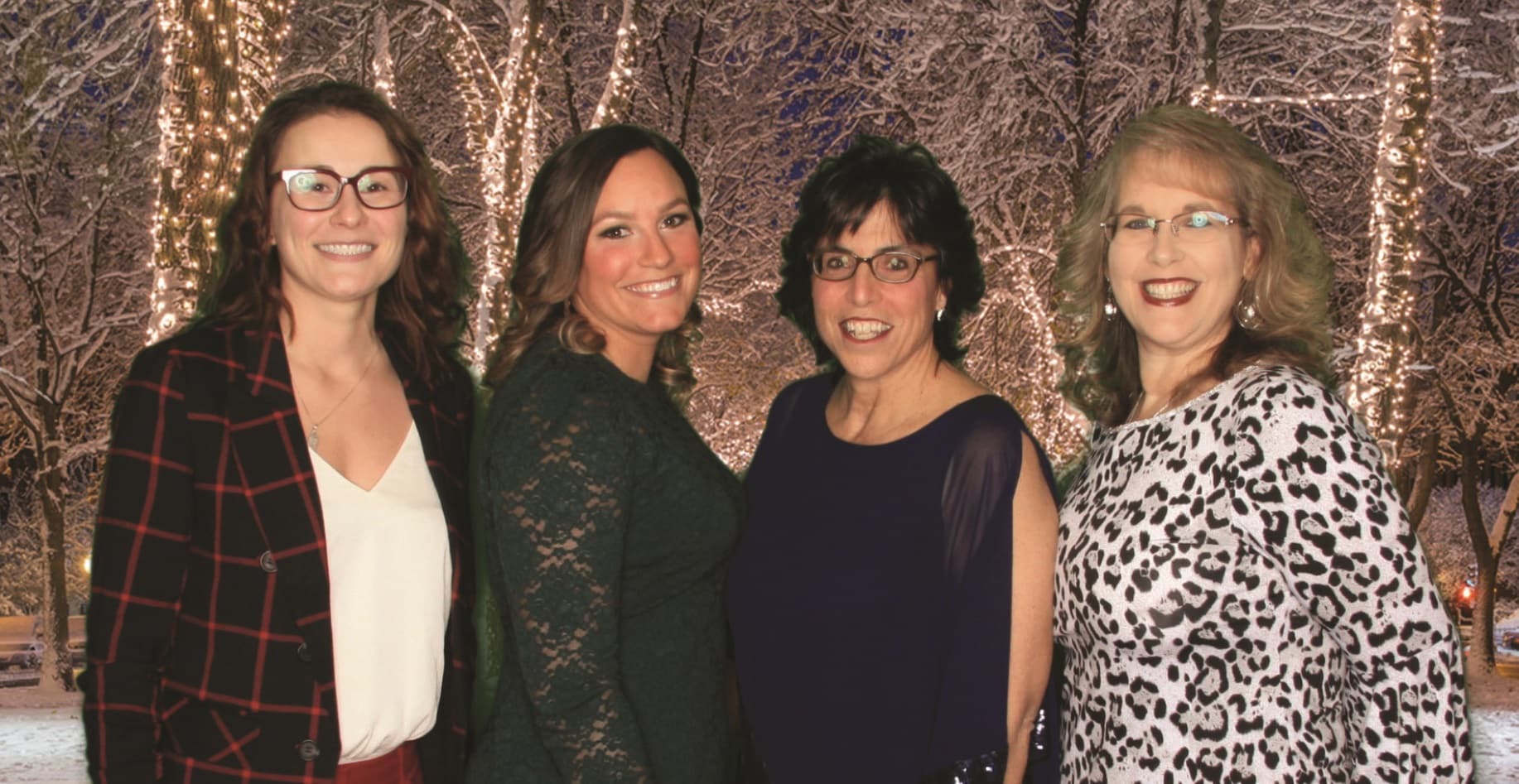 Making the Connection to Quality

Behavior is communication—even when it’s challenging. Benchmark’s Connect First program teaches how to understand what behavior is saying, turn potential negatives into positives, and discern when emergency support may be needed.

It centers the person with dementia, focusing on individualized approaches and using behavior tracking and critical thinking to listen to what residents may be “saying” through their behavior, so caregivers can meet their needs and reduce anxiety on both sides of the relationship.

“The world of dementia can be filled with continuous misinterpretations of the environment and generate feelings of fear and anxiety,” writes Benchmark in its description of the program. “A shift in our perspective must occur in order to adopt a positive approach to behavioral expressions…The strategies are a proactive philosophy to evoke positive emotions and reduce negative emotional triggers.”

It’s on the caregiver to, in effect, learn to speak the language of behavior as well. The Positive Human Connection Strategies Training gives associates ways to approach and physically interact with people that encourage support, not the fear that can result when cognitive disabilities can limit reliability of the senses or of understanding. These include best practices such as dementia expert Teepa Snow’s “hand under hand” technique—connecting without imposing.

Tracking tools and communication huddles help the whole team with data on when, where, and what circumstances are around a challenging behavioral expression, so a solution that helps that person can be better translated, so to speak, and a positive communication can be made instead.

When a challenging behavior escalates, it’s difficult for residents and associates alike. Emergency medical services can be disruptive and frightening for the whole community. Connect First trains in effective ways to solve problems and make decisions at these times. Teams explore solutions and review incidents to gain wisdom and practice in critical thinking in an escalated situation.

Benchmark is collecting data on factors including emergency room visits, family surveys, and associate surveys, and plans to enhance data collection through a new electronic health system. It also plans to implement a nursing assistant ladder program with the protocol and explore teaming up with researchers in its headquarters area around Boston.

A Tate of Springtime, Every Day

At Commonwealth, there’s the shortest distance possible from farm to fork.

The provider took its 5-year project to boost nutrition and minimize carbon footprint to the next level, installing hydroponic micro-farms growing up to 45 varieties of leafy greens, herbs, and microgreens directly into the dining room of its Charlottesville, Va., Center for Excellence community.

The self-contained cabinets holding LED grow lights and watering systems are stacked into an attractive wall of bright greens, so residents can see their future salads growing.

All I could think about was being a young girl, helping my mother in the garden, picking veggies. It brought back my very best memories.”

Residents are engaged “from seed to harvest,” with a simplified care system so people of different abilities can participate. Babylon Micro-Farms, a local startup in Commonwealth’s headquarters town of Charlottesville, created by two University of Virginia grad students, got management down to a science—four steps, managed by an app. That means associates don’t have extra work, and in fact, they too enjoy the produce.

The fresh selection—including edible flowers—inspires the culinary staff and residents’ appetites. Having herbicide- and pesticide- free produce on site and not subject to the periodic recalls of shipped greens presents a health advantage, especially to those with pre-existing conditions.

For the first 30 days, consumption of greens by independent living, assisted living, and memory care residents increased by 35 percent—calling for a second micro-farm to be installed. The micro-farms reduced costs by over 20 percent compared with prior produce purchases. And elimination of one delivery per week from vendors is predicted to save up to 20,000 gallons of diesel fuel a year.

The provider plans to extend micro-farming to all its communities through 2020. 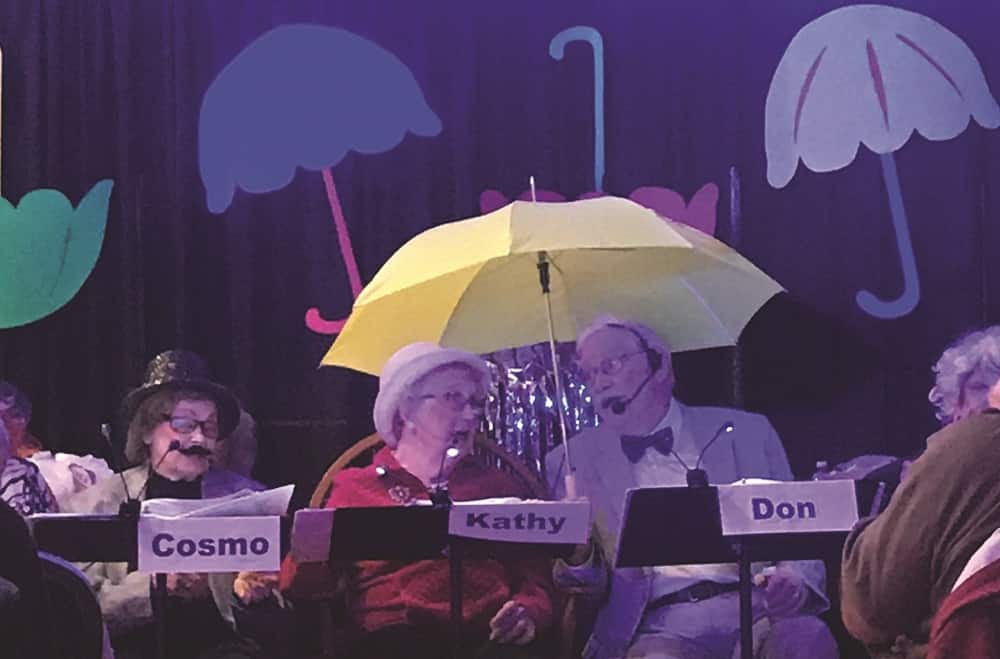 PHOTO: Singin’ In The Rain, Senior, performed at Juniper Village at Brookline.

Giving Stars the Chance to Shine

Residents who love to sing, to dance, and to make others laugh abound in communities. Some have had a lifetime of doing it—some even professionally—and some are flexing newly found enjoyment. They’re ready for showtime.

But the classic musicals fans would like to perform aren’t always accessible. They can be too long or too difficult to perform or cast. And getting rights to scripts and performance can be expensive.

An idea from Freddie Gershon, co-chairman of Music Theatre International (MTI) licensing agency, was the spark that caught. MTI had created a program adapting musicals for young people. Why not do something similar for seniors?

Gershon came to Juniper Communities to see about a tryout run. Lynne Katzmann, Juniper founder and CEO, immediately saw the potential benefits. The idea applied Juniper’s Connect4Life model to resident programming; as the nomination puts it, “Activities should not just be provided ‘for’ someone in senior living; they should be generated by their interests and curated to engage them.”

With the rights from MTI in hand, Juniper could adapt the shows for their communities: make them an hour long, adjust music for older voices, and change choreography to include movement for different abilities.

The Perennial Players with Broadway Senior productions debuted Guys and Dolls, Senior in 2018 at Juniper Village at Brookline in State College, then followed with Singin’ in the Rain, Senior in 2019.

The production was supported by a staff member with a theater background, and members of the local theater community helped with everything from lighting to acting coaching. Penn State University experts made another natural collaborator.

In the first production, the average age of the actors was 87; all were living with some chronic health condition, such as congestive heart failure or rheumatoid arthritis. The players had survived strokes, cancer, injuries from the Korean War; some were grieving or recovering from surgery; two had Alzheimer’s disease. All used a walker, cane, or wheelchair.

The early reviews are in: Juniper provided MTI with valuable feedback to understand how Broadway Senior can be implemented in other senior living communities. The program “generated a positive cognitive impact on the residents participating in the program, with 7 out of 9 actors showing an increase in St. Louis University Mental Status Exam scores.” Engagement data tracking revealed a 27 percent increase in resident participant engagement time; cast members attended 96 more activities in the quarter following the show; and Juniper Village activities increased by 76 percent.

“Some people, you could live 50 feet away from them and you haven’t really met them,” said one resident. “That’s what was a really nice part of it—now I know some people.”

Juniper plans to expand the Perennial Players program to other communities in its portfolio, and MTI is using the Juniper template to create a library of Broadway Senior shows. Juniper is also in discussions with Penn State to pursue further research.