A New Era in Memory Care

Communities rise to the challenges that COVID-19 brings, in innovative and inspiring ways 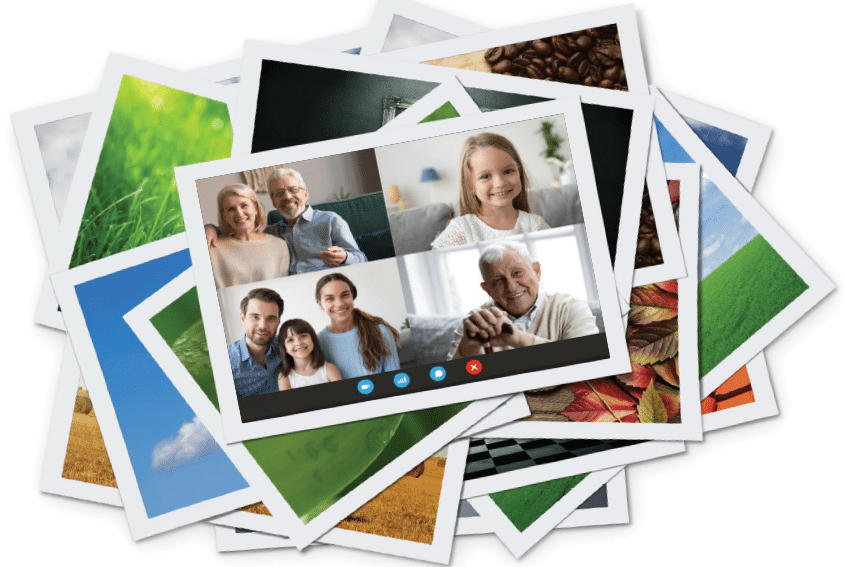 Tom Alaimo, vice president of life enrichment and memory care at Trilogy Health Services, has been in memory care for more than 15 years and calls the field “near and dear to my heart.”
“With COVID, the foundation and the philosophy hasn’t changed,” Alaimo says. “Just sometimes the way we go about it has.”

Keeping the heart of a memory care program while adapting to the pandemic environment is a huge challenge. Yet, as they do with the older adults they serve, providers and associates in memory care invest in creating meaning and purpose. Most say that residents have no need to know the specifics or the virus or the circumstances. Instead, the goal is to have a day of connection and joyful experiences.

Trilogy’s BFF program, for instance, is an updated spin on the groundbreaking Best Friends™ approach, developed by Virginia Bell and David Troxel more than 20 years ago. Associates hear the name—BFF means “best friends forever” in text-speak—and grasp the concept immediately. They also go through training.

Every team member learns the life story of the people they serve—their career, their hobbies, their favorite foods—and uses that knowledge to make and maintain connections in a “commitment to create a day filled with life affirming friendship and fun for the residents and help them through their journey,” Alaimo says, such as having a former teacher help put together some “lesson plans.”

Trilogy had already used computer and video-based learning as well as in-person training and coaching, along with role-play exercises, and recognition sessions with small prizes. With COVID, staff use the monthly training modules, but these have been condensed from 10 to 15 minutes to five to eight minutes long, to get to the meat of the message more quickly. Huddles are held at a social distance.

Role-plays can be done at any time, in a few minutes, as a creative break. And the prize would be ear cushions to make mask straps more comfortable. Staff also wear a photo of themselves so that residents can see what they look like without the mask.

Approaches that emphasize meaning and connection are more important than ever, given recent evidence of the effect of isolation and loneliness on overall health. Not having a best friend could be very harmful.

The most frightening factor to come from the pandemic wasn’t directly linked to COVID-19 at all. By the end of the summer, what the CDC calls “excess deaths,” or a higher-than-usual number of deaths showed an alarming pattern—Alzheimer’s and dementia deaths were at up to 20 percent above normal.

As of the end of November, the CDC recorded deaths above the average number for Alzheimer’s and dementia at 35,788, followed by 21,136 of hypertensive illnesses and 13,213 of diabetes.
It’s unknown what has caused the rise—the CDC and others have speculated that it could be the initial toll from nursing homes of early and undiagnosed cases; an action of the virus itself; or falls or medical problems exacerbated by stress and being alone.

In senior living memory care, the charge was clear: Do everything needed to keep residents safe—and do everything to keep the connections open and the stress down. Doing all this simultaneously is difficult, especially for caregivers who are themselves under stress. But providers have adapted in ways that may be used into the future.

As caregivers or the environment are affected by COVID-19 stress or changes, there can be more stress among residents, which leads to more behaviors, which in turn leads to more risks, says Dr. Miranda Huffman, adjunct clinical faculty at Meharry Medical College, in a panel discussion during the annual symposium held by National Alzheimer’s Buddies, in December. But this troubling cycle can be stopped at the beginning.

A technique from the person-centered care toolbox could help with that. At the Senior Living Virtual Executive Conference, Melissa Batchelor, Ph.D., RN-BC, associate professor of nursing and geriatric nursing researcher presented the C3P framework: a way of “thinking past the behavior you see” and learning what’s underlying it.

The first P is Person: Is the person hot, cold, in pain? The second is People: Is the problem us, the staff, and our approach? Finally, there’s Place: the environment may be noisy, visually confusing, chaotic.

Another technique to reduce stress is to understand the energy changes of the day. “Those with Alzheimer’s and other dementias have a fluctuating energy pattern throughout the day,” says Alaimo. “Our program helps create a schedule based on their energy levels, of both structured and unstructured activities.”

Despite COVID-19 restrictions, memory care programs are continuing not only to adapt but to excel. In August, in fact, Discovery Senior Living’s SHINE® Memory Care program became the latest of eight providers to receive a national Certificate of Recognition from the Alzheimer’s Association, after a comprehensive review based on best practices, training, and other factors. Discovery developed the evidence-based and person-centered memory care program and created specialized training and certification in SHINE for its staff.

“This recognition is an honor for our organization and a testament to the quality of SHINE®,” said Richard J. Hutchinson, CEO of Discovery Senior Living. “It shows that SHINE®’s person-centered approach is at the leading edge of the dementia care industry, and driven in part by recommendations from the Alzheimer’s Association, we’ve now further enhanced the program to better identify and meet the unique needs of our residents.”

The biggest change, however, may be in the use of technology. Residents could see their families via monitors and tablets or “travel” with their family members via shared virtual reality. And telemedicine and health monitoring devices such as remote thermometers became common almost overnight.

Using sensor-based and automated health data collection devices can take the technology out of the foreground as well as help cut down on staff work, says Marc McGrann, director of BD for Home in North America at Vayyar Home. “The ‘just one more thing’ that staff and nurses have to do can become an entire day,” he says.

With the data in hand, a caregiver can raise questions about sleep disturbances, or an unusual number of bathroom visits, “in a more approachable way. If something looks like an issue, they can open it up a little more naturally.”

This is part of an approach to technology McGrann says is critical to improving lives in memory care: “More and more now, it’s about how we can bend the technology to the life of the person, not the person to the technology—and fit technology into their lives.”

Two more elements are important to technology in memory care environments, McGrann says: Making it blend in, and maintaining privacy. An odd-looking, bleeping, or blinking fixture on the wall can be confusing or even frightening—Vayyar uses very small units—and cameras can present a host of difficulties that sensors don’t.

This fits in with one of the recommendations of the National Academies of Sciences, Engineering, and Medicine in its 2020 report on social isolation and loneliness in older adults: Technologies can be used to improve lives and health, but these can also exacerbate poor health effects if they’re used to attempt to substitute for human contact. The report also found “67 percent of the current assistive technologies in dementia care were designed without considering their ethical implications.”

Another technology solution is one that has been used for years—the television—and it can actually help in improving health if it’s put to work in the right way.

Turn off the TV news, and turn on the community streaming channels, recommends Virginia Bell and David Troxel. In their blog post, “Dementia at a Distance” on their bestfriendsapproach.com website, they point out how having the news on, even for a few minutes, could trigger anxiety.

Instead, they say, find some music and dance, or watch a favorite film. Many streaming services, and senior-living-focused content providers, have been offering free or discounted content. Go back to the life story, say Bell and Troxel, and find content that relates to that person’s favorites, whether these are nature shows, travelogues, musicals, or Cary Grant’s repertoire.

One less-recognized effect of COVID-19 has been to reduce the number of regular cognitive health screenings, says Huffman. This dip in the number of people who benefit from early detection and intervention could show up in the next few years as a greater number of people needing care, and needing more extensive care. Huffman also posited many who might have been at lower levels of care or lived independently for a few more years may need memory care earlier because of the added effects of isolation and stress during the pandemic.

But either through the increased visibility of people with dementia in media presentations or through more time at home, families seem to be increasingly interested in knowing more about dementia and memory care.

Trilogy had almost 300 people view a webinar from Best Friends’ David Troxell, Alaimo says. “It’s important that we provide the education on dementia to our families, and to the public, and for those who may be struggling at home.”